• This is a single blog caption
< BACK TO JOB LISTINGS

Business Ethics in the Apocalypse

Business Ethics can be traced back to the earliest forms of trade and barter.  Aligned with the opportunity to trade was the opportunity to exploit, to lie, to gain an edge.  Whether this was learned behavior because just one too many humans lost their moral compass, or if this was always predestined because humans are innately prone to greed is something for the historians and the anthropologists to decide.  But we know by historical record that for as long as humans have done business together, they have also cheated each other, lied to each other, and stole from each other.  Not all of them, not even most of them, but some of them.

Of course, we need not look too far back in history to see that human dismissiveness of any kind of ethical code of business conduct continues to be as prevalent as ever…perhaps more so than ever before.  Enron, Worldcom, Martin Shkrelli, #MeToo bosses,Facebook Privacy, Deutsche Bank (ok, that’s not fair…just pick any and every big-bank), …and not to get too political, but one could say that the entire industry and business model around for profit health insurance, pharma, and even bottled water is deeply unethical. Speaking of politics…please notice that we aren’t even going to go there in this article.  But….yeah.

So…why.  Why has the bar dropped so far.  What has happened to the world’s moral compass?  One theory: the world is ending anyway so why should anyone care about ethics.  War is blazing across multiple continents, the widening gap between the haves and have nots continues to deepen, terrorism, the precipice of a new cold war, bombastic world leaders, isolationism, and climate change – wild fires, melting ice caps, sea levels rising, extreme weather, tsunamis, rain forest depletion, animal extinction, plastic islands, and don’t think you’ve heard the last of Ebola, antibiotic resistant diseases, water shortages, water contamination….. Shall we continue?

So why on earth, in the face of all this devastation should anyone care about morality?  Really.

Historically, the motivation to lie, cheat, steal, or simply gain an edge by bending the rules has always been rationalized by pointing at one’s neighbor and saying – well…Diane does it, and Paul does it, so why shouldn’t I do it?  You know,..the whole ‘nice guys finish last’ sentiment.  That dynamic certainly hasn’t changed, in fact some might argue that in industries like banking, or real estate and construction…nice guys really do finish last; That unless you play the ‘game’, you’re left standing alone with an empty wallet.  When you see that corruption in construction, for instance, permeates not just the subcontractor and small GC world, but also catches up to the multi-billion dollar multi-national CMs like Lend Lease, AECOM, Skanska…, it’s hard to ‘keep hope alive’ for an industry that actually embraces ethics.

Trigger alert – we’re about to use a children’s story to illustrate a point:

Remember the tortoise and the hare.  The hare, in this case, could give a rats a$$ about ethics and is simply interested in the ultimate goal – ‘to win’.  The hare is more thoughtful, deliberate, and probably stops to meditate once in a while. In this version of the story, the hare would have finished first, if he didn’t end up in jail., which he does….at least eventually..  And the tortoise may have taken a week to finish the race, but tortoise is free…, not just from jail or million dollar fines, but from the guilt of having duped his fellow animals.  It’s a normal lesson – that most criminal deeds are eventually punished in some form, but I think that people just don’t believe that. 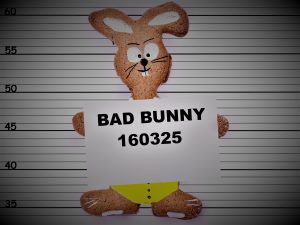 Here’s the real dissonance…, most people do have morality, and are drawn towards wanting to act ethically.  Even if this is for selfish reasons – i.e. treating others well because you want them to treat you well…., I do think most people think a world with less cheating and stealing would be better.

But when we see Diane and Paul (apologies to those with these names which were completely picked arbitrarily by the way) screwing over consumers to make a few extra hundred million dollars…, and when we see every big bank continuously finding ways to exploit their customers, and when we see health insurance companies denying coverage to a dying teenager, or when we see big pharma creating an opioid crisis, or when we see an unapologetic tech company allowing continued breach of privacy…, we begin to think that our morality is a weakness.  We begin to think that in order to stay afloat it is ok to rig bids, to forge change orders, to cut corners on safety, to collude to inflate costs, etc…

The truth is that yes, there are powerful …very powerful people who commit criminal and unethical acts and have likely no guilt or remorse about those actions.  That condition, by the way, is a disease called Psychopathy.  And not everyone has it, in fact….most don’t.

But what we see in the headlines becomes what we believe about human nature.  So we see the worst of us when we open Facebook or turn on cable news….but we are not truly seeing us, and because of that we shouldn’t act like the few who cheat and steal, we should act the way our hearts tell us to act.  Responsibly. Cautiously.  Carefully.  Respectfully.  Fairly.

As a pragmatic optimist (is that a thing?) I do believe we can turn this world around.  But….maybe the world is going to end and this is the beginning of the apocalypse.  And if so, ask yourself this: should the legacy of humanity be that we went out clawing at each other for every last drop of money, power, resource, like a bunch of psychopaths…. Or should we go out together, knowing we did our best, treating each other fairly.  To me, at least, that seems like a better way to go.

**If you experience problems uploading your resume, please email it directly to resume@newyorkcm.com and reference the job ID in the subject line and we will be in touch shortly.**
Share Post: