• This is a single blog caption
< BACK TO JOB LISTINGS

Theater in Business | The Art of the Truth 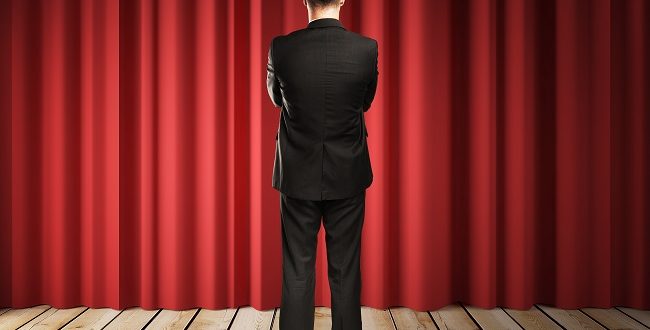 Theater is an art.  Arguably, so is business, and so is life.

We navigate our way through other human beings and their conflicting interests, their aligned interests, their uncertainty and their intentions.  We work towards developing relationships, while also presenting ourselves as trusted advocates, consultants, experts, soldiers, and representatives.

Do we act in business?  Perhaps not all of us do, but many of us adapt to our current environment.  We alter our approach, our responsiveness, our volume and even our tone based on who it is that we are speaking with and based on the nature of our intended outcome.  This, most actors would argue, is acting.  It is a deviation from your true self in order to present something your audience will respond to..  The outcome we often strive for is mutual agreement, acceptance, cooperation, or even collaborative submission.  In the case of an actor, he or she may be seeking the same – but in the form of silent observance, deeply engaged listening, and the openness to our own human emotions, and of course applause.  It’s different.  But it’s also so deeply similar.

These are all relatively common and perhaps appropriate truths in business.  And in life, it is fair to say, we adapt as well.  We may interact differently with one friend than we do with another.  We may engage differently with one sibling than we do with another, one parent, one child, one stranger.  Our changes in how we communicate are acceptable and arguably natural and instinctual.

Theater is entertainment.  Business, however, affects livelihoods.  So in theater, when an actor lies about who they are, what they’ve done, what they will do….this is creativity for entertainment sake, or perhaps even for the sake of philosophical thought.   This is simply called acting.  In business, adapting is adapting, but lying is completely and utterly still lying.  And in business, people lie.  They lie constantly.  They lie to themselves, to their co-workers, to their subordinates, to their superiors and to their employers.  They lie most about what they fear to share honestly.  That the project is over budget.  That the project is behind schedule.  That someone, maybe even you – made a mistake.

But a lie is still a lie, and eventually a lie is revealed by the festering, rotting odor it leaves behind.  A lie in business seems like an exit until it is no longer an exit.  Then it becomes a liability, a cracked axle, a house of cards.

The most successful business professionals I’ve ever had the honor of working with have been those who tell the truth.   They do not hesitate.  They do not sugarcoat.  There is such a thing as diplomatic truthfulness, in contrast to harsh abrasive truthfulness, and I personally do not prefer the latter, but I will take either over the person who fears the truth so much they conceal it from others by means of fabrication or willful omission.

These truth tellers are ironically the best artists, the best performers.  Because you can’t take your eyes of the truth when it comes at you uncensored and pure.  You will listen intently, you will react quickly, and while you may not cheer you will silently appreciate those who give it to you straight….  Just as there is an art to lying, there is also a disciplined art to always telling the truth.

Problems are solved by diving into the heart of the conflict, not by turning away.  And thus I say, yes – we are all actors on the stage of life, but let’s save blissful ignorance and deception for the actual stage, and here in the office – let’s keep it real.

**If you experience problems uploading your resume, please email it directly to resume@newyorkcm.com and reference the job ID in the subject line and we will be in touch shortly.**
Share Post: